Problems posed by a Canadian Winter

As someone who has lived in moderate climates all my life, the onslaught of winter is exciting and terrifying at the same time. 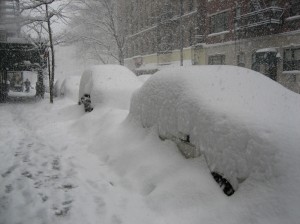 I’m pretty low-maintenance when it comes to exercise, diet, appearance, clothing…most things really, but this has all had to change with the first tingles of Winter.

I’ve lived a life with very little hardship’s. The climes of Australasia tend to be hotter, rather than colder, and so it is with wide-eyed optimism that I look forward to my first white Christmas. Canada is GLORIOUS in the sunshine filled summer, and Autumn was BEAUTIFUL and yes okay a little chilly, BUT yay me (I innocently thought to myself) I have survived cold that would have been the heart of my normal winter in October and lived to tell the tale.

All that is about to change. I can feel it in the air.

Well this is new.

It’s late November you say? This is a WARM day in Winter?

So here is a list of things that I have had to factor in, in the hopes of Surviving my first Harsh Winter.

EXTREME winter jackets
My Puffy $400 jacket has goosedown feathers stuffed inside it. You heard me.
I am walking around Toronto in a fitted Duvet (essentially). Yes that looks as sexy as it sounds. This Jacket zips up to just below my eyes, and has a hood that covers to just above my eyes. I wore my jacket for the first time last week, and apparently, I won’t be taking it off until March. Hello new best friend!

Moisturizer
I have been lucky with genes, and have, (for the most part except RIDICULOUS reappearing spots on either side of my bottom lip) excellent skin. I never had many pimples as a teenager and despite the constant flush about my cheeks (and my high colouring during sport) I have always been complimented on my soft skin.

Well guess what? ARCTIC WINDS WANT TO DESTROY MY OUTER EPIDERMIS. You heard. Canada is TRYING to destroy my face and hands.  In Hong Kong or Australia, I’ll slap on Moisturiser every couple of days if my face feels a bit dry, but RARELY will I moisturize any other part of my body unless I’m being seen naked by someone for the first time. Well hello new moisturizing regime. Unless I want to look like *this* then I better get used to spending more time rubbing things into myself.

Exfoliating
See above – apparently winter will destroy my skin if I don’t.

Lip Balm
Like Moisturizer, I would rarely apply lip balm. My lips rarely get dry and sore. Well guess what, 3 times a day minimum (depending on how many times I’m sent out of the office on an errand) I’ll be applying balm. Eek. I need some Australian friends to send me more Papaya lip stuff.

Food
Apparently food doesn’t just make you live, certain kinds of food can keep you from getting sick, and in cold climates you need to make sure you eat super foods to A) keep you healthy and B) Keep you happy – food can affect your mood?!

No more walking outside
I’ve been sneaking my daily exercise in on myself by walking to/from work and making myself walk to other places rather than take the subway. Not a possibility in Winter apparently!

Underground pathways
In Toronto there is a whole network of Underground tunnels that keep you from ever having to go outside into the harsh climate. My office is near the entrance of some of these tunnels, but still, I will be outside in the super cold for at least a hundred metre’s. Bearable for now, but when it’s minus 20? EEEEKKKK

Never going anywhere and staying inside
Hibernating like a bear. Guess whose going to get caught up on all those TV shows!?!

And last but not least:

Vitamins
I know what Vitamins are. I’ve just never taken them daily. Well apparently because Canadians don’t see much of our friend, the sun, Vitamin D needs to be taken. Who knew!

And there you have it. Things that will now have to change to keep me alive and kicking in this winter wonderland. Let’s see how long I can last before I seriously consider booking flights home.