That one time I tried online dating

I am 23. As you may or may not have gathered from previous posts.
I have two degrees (in useful things like “Film” and “Creative Writing” – watch as I beat away potential employers with a club, “NO DAMNIT! I want to work in Admin”).
I am not unattractive  (depending on what day in my ‘cycle’ you catch me). I have blonde hair, green eyes and I’m kind-of short. You wouldn’t describe me as a lean green fighting machine, but then neither am I the shape of a Subaru. If I had to describe my body type I’d say… Cello flavour. Without the wood. + more cellulite.
I don’t have bodies cut up and buried under the floorboards (wait did I… oh no that was the OLD house).
And despite a slight obsession with the BBC version of Pride and Prejudice and other fairy-tales, which is a product of my gender-stereotyped upbringing (shut up I LOVE Barbie) I am what you would call, pretty “normal.”

So anyway, that’s me. And at 23, most of the guys I meet in person aren’t married, divorced or widowed (so that’s good), yes many of them are gay, or not fully formed, but unlike my thirty-something-year-old friends, there seems to be a lot more apples on the trees, and less rotting fruit underfoot. Are you keeping up with the analogies? No, you’re right they are getting a bit convoluted.

Regardless of that, what I am trying to say is that there are people around, in the flesh. People I could date/bang. Or both. Currently I am Dating/…. someone, but there have been times when I wasn’t. And one of those times was the start of 2009, when I, littler, non degree holding, 20 year, broke up with the first “Big One.” You know, the one you do grownup stuff with, like, going out for dinner. He was the after high school one. The one that my late teenage heart thought was “IT”. Love, blah blah.

So there I was. Single. Living on campus. Surrounded by booze and boys. Did I take time to appreciate being single (somewhat), did I think to myself, “Hey twenty year old Paris, just be cool.”

And what did I do?

Part curiosity, part joke, part dare/truce from then not-out-of-the-closet-younger-brother-who-had-never-had-a-girlfriend-well-really-Paris-I-wonder-why-that-is? my brother and I made online dating profiles for each other – then switched.

Like I semi-mentioned above, there is (or was, I believe it’s changing now) a stereotype associated with meeting online that goes something like this:

“It is shameful to meet your partner online.” / “You must be embarrassed you met online, what’s wrong with you – can’t you meet people in real life?” / “You must be ugly or there must be something weird and freaky about you. Only nerds and socially awkward mollusks meet online.” (I hope you read those with varying degrees of old man type voices, like the guy who shakes his fist at the kids who kick their balls onto his property) 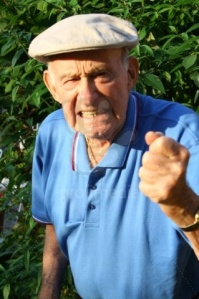 I know a couple getting married next year that met online (both young, attractive Sydney types), my ex-roommate in Enmore just celebrated one year with her boyfriend she met online, and statistics show that the online dating industry is growing everyday (don’t ask me to back that up with a source…there is no source… okay there is one here stop nagging me, go nag your father).

When I delved into the ocean of potential back in ’09, there were plenty of attractive guys. Quirky, yes. New to town? Maybe. Normal – so it appeared. They had hobbies, they had jobs and goals, they read stuff. They watched things. They put funny little quotes on their profiles and had pictures of themselves standing in front of monuments.

Of course there were freaks (it’s not like Internet providers make you sit a weirdo test to get a connection), and I am sorry to say that a few slipped through the cracks, but there were also nice people to be found, ones with good conversation openers and amusing anecdotes to tell.

I don’t regret that experience, dating my ex was interesting. He’s a nice enough guy (it’s been long enough since our breakup that I am at the “generous” remembering stage), and certainly different from the type I normally go out with. Quiet, a little nerdy, he did live in my area, but I’m not sure we would have met if not for little old http://www.rsvp.com.au.

And that is where the key lies with online dating. You meet people outside of those you usually would. The internet connects us to many faraway and magical places, like Youtube, Reddit, and dlisted.com.

It takes a lot of push and change to meet different kinds of people (see my previous posts about me randomly moving to Canada after a summer camp experience and very different type of people I now know).

Internet dating exposes you to a bunch of single people instantly (that’s another thing to note when you go out, how many people are actually single in a bar…? it’s hard to tell). Internet dating instantly shows you what the other person is into. It’s like it takes away that awkward asking each other questions, finding similarities thing. All that information is front and centre. You just have to pick and choose. You can narrow searches to people who live in the same 5km radius as you. You can search for people who have blue eyes and who are Scorpio’s. You could (but you shouldn’t) narrow your search to 35-year-old men who still live with their parents.

Online dating should not have a stigma attached to it.

I couldn’t possibly list them all (alright I could, but I’m lazy) but things like shopping, degrees, friends. Thats right ladies and gents. All found on that big invisible spider web in the sky. It’s a spider web right? The internet?

Internet dating. I can recommend it from personal experience. If you can’t seem to meet the right person and you want to change your circles, then head online to one of these many fine sites:

And if that doesn’t work, hey, you can always move to Canada!

One thought on “That one time I tried online dating”