The Wrong side of the Road 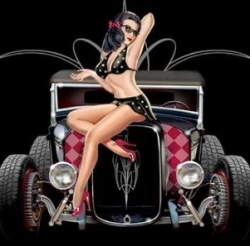 As a member of a Commonwealth country, I assumed that fitting into Canada would be easy. Canada seemed like the kinder, older cousin to the United States, lacking in frequently televised high school shootings, and with an easier, friendlier attitude towards handing out visas.  I didn’t do much research before coming to Toronto, and in my mind, the stereotypical images floated in high-definition. Friendly, maple-syrup drinking lumberjacks in red plaid with pet beavers and a moose in the backyard. Walking the streets of Toronto was kind of a shock, not because of the lack of log cabins and Mounties on horseback, but because the Downtown financial district felt distinctly like the Financial district in Sydney.

Old buildings interspersed with glittering glass, sculptures on some of the street corners, coffee shops, people in suits with furrowed brows scurrying to their very important business meetings. I actually felt in tune with the flow of Toronto, it didn’t feel so different at all.

And then I nearly got hit by a car.

The road was clear, and I was impatient, trying to get to the next destination. It didn’t occur to me for some reason, that even though Canada and Australia both have the queens head on the back of their coins, that we all speak “the queens English” (except for those strange people over in Quebec) and we all use the metric system…that North Americans drive on the other side of the road.

This was just the beginning. I was AMAZED by how cheap things seemed to be. A bottle of water from a convenience store in Australia can set you back up to, and over $3.00. When I realized that this extravagant luxury of a fresh cold bottle of water could be mine, I was blown away. Excitedly I counted out my exact change (and using PENNIES no less, WOW!) and waited while my purchase was rung up. I was short. I looked at the man behind the counter, and the price sticker on the bottle of water. I didn’t want to be rude but I explained my confusion. He heard my strange accent and shook his head. This was my first encounter with the hidden HST.

My math skills just aren’t that good. I started to pay with notes.

Tipping is another thing that I have come to accept in this country, but it is something that threw me off initially. In the two countries I have spent most of my life, Hong Kong and Australia, tipping is not usual. People don’t do it. If you are at a restaurant and you have fantastic service, you may leave the change, but never in my life have I been expected to tip. At first, this angered me, especially when I got less than great customer service. And in North America you tip everyone, bartenders, taxi drivers, servers. Suddenly, things weren’t as cheap as I’d first imagined.

But Toronto surprised me in positive ways too, and made me draw comparisons between my old homes and my new one. One of the first things I noticed was the multicultural diversity of the population in Toronto. Girls in headscarves sat chatting with their Chinese and African friends. Posters in the carriages had advertising for free youth events for new immigrants. Sadly, racism and segregation is still a big part of the Australian psyche, and while we have large populations of different ethnicities under the proud Southern Cross flag, there is generally a mistrust of new immigrants, and difficult obstacles to overcome to be allowed to reside there. Canada, or Toronto at least, seems to have the opposite mentality. Perhaps that is why there is such a vibe around Toronto that makes one feel so welcome and so accepted.

I’m not knocking Australia. I miss it. I miss my friends, the beaches, the harbor (seriously, Toronto needs to work on its water front), but it has truly been a rewarding experience to live and work in Toronto for the last nine months. It took me six to stop feeling lost but it only took one to make me realize I am in love with the place. What started as a short adventure, working in Canada for the summer, has led to one of the hardest, most satisfying journeys of my existence. It is easy enough to visit a place; it is harder to forge an existence there, to graft what you know about the world, to what you need to learn.

I doubt that Toronto is the last stop for me, but I’m still not going away any time soon. There is still too much to see through this diverse country, and still so much to do in this exciting city. And I still need to learn to drive on the wrongs side of the road.

4 thoughts on “The Wrong side of the Road”