So I briefly met a guy with no arms yesterday… 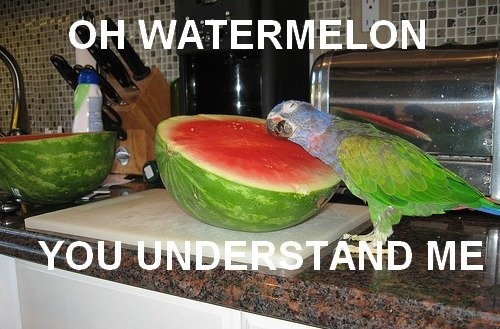 Alvin Law is a motivational speaker/performer living in Calgary, Alberta. He has traveled all around the world speaking to kids and adults about breaking down labels and barriers. He has no arms, due to medication his mother took when she was pregnant (I’m assuming thalidomide – although I didn’t ask). He is given a talk today at an event my boss is involved in, and potentially at the Summer Camp I work for in June.

I only spoke to Alvin for 20 or so minutes while he was waiting for his meeting, but wow, what a guy and what an attitude to life. He is an amazing gatherer of information. Within 5 minutes of speaking with him, he had pretty much gleaned my entire life story, my hopes for the future and what its like being a graduate expat brat.

He asked me about being a “novelty” away from Australia, with the accent in Canada, and the Anglo-Saxon look when living in the heart of Asia. We chatted about noticing people’s differences instantly, that we’re all guilty of it. He told me about being in Africa and thinking to himself “Wow! There are a lot of white people here!” and then realizing that the “white people” were Africans too, many of them 4th or 5th generation.

It is interesting to think about the labels others put on us. Is it for tidiness that we feel the need to stuff people into the boxes we think they fit in? I don’t necessarily mean stereotypes and the connotations associated with that. I mean just categorizing the people we know. Alvin struggles with being thrown into the “disabled” box when he does not feel disabled. He drives himself around, he answers the phone, does work on a computer. He is “differently-abled”, but his take on life is that he is just a person like everyone else. He doesn’t ignore the fact that he has no arms, he speaks about it frequently and in a very jarring way, dropping it into conversation when you least expect it.

I identify with a variety of different people, and I have written about this before, feeling suspended between more than one culture, belonging nowhere and everywhere. Having home be where I am. There is a lot of discussion about Expat Brats out that, or, Third Culture Kids if you are trying to use bigger, fancier words. I recently watched a most excellent short film called “Where’s home?” which you can access here. It really spoke to me and I felt a sense of peace when I watched it because there were all these young people speaking my brain fuddle out loud. And of course speaking with Alvin was pretty calming too. He is an intensely nice guy with a big smile on his face. He isn’t some cuddley puff guy however, talking about “diversity” and acceptance. In fact he kind of hates diversity. He wants to move past even that stage where the lines are blurred, where we have surpassed diversity and cultural tiptoeing because we accept that everyone is slightly different but also fundamentally the same.

As you can tell from the fact that it has prompted me to write a blog post, that small encounter really made me think about how I perceive people. And also I found that hilarious photo on reddit and it needed to be posted.