Plot twist – Oh but of course 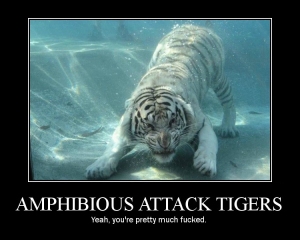 In a surprising turn of events that isn’t really, in any way, a shock – because my life sometimes reads like a bad D grade Screenplay, it turns out there is a mistake on my Visa.

Is it really a big deal that the legal document that allows me to work and live in the great white north has a mistake on it, made by some moron at the Border over a year ago when I arrived? Yes. I’d say my answer to that would be yes.

It’s not really a long story, but I’ll speed it up for you anyways. As an Aussie in Canada under the age of 30, I am eligible for what is called a “Working Holiday Program Visa”, which allows (if I meet the criteria – which I do) for me to work for any company in any field in any part of Canada (pretty sweet I know…but now you know why almost the entire population of Whistler is from Down-Unda. Add to this amazing visa the fact that you can renew it again and again while you still meet the criteria…and…well… now we know why there is such a love affair between our two great nations.

Imagine my surprise then when yesterday afternoon working my retail job (which – let’s be honest, I hate) I was busily unpacking a box of HEINOUS new button up shirts and was told I would have to leave immediately.

My first reaction was confusion, the Manager that approached me was not being a bitch and told me that it wasn’t personal, but that head office had called after checking my visa and that I wasn’t eligible to work there anymore. My second reaction was fear, I instantly started sweating, HAD I somehow done something wrong when I entered the country? But i’d been working just fine for the same Summer Camp company with no drama’s. My third reaction was panic (naturally) I left work and sat for what felt like 3 hours on the train trying to get back to my apartment to check my documentation and work it all out.

I always thought I was quite good under pressure. Nope, turns out I am a hyperventilating, snivelling, cry baby. Thank god for level-headed friends like Kate who came over with her own Aussie Passport and her calm nature. We called all the right people and figured out that this is what happened:

The guy who entered all my information into my visa fucked up.

Where my visa should say “Employer: Open” this douche-bag (who I remember so clearly by the way – even though I had been awake for 36 hours and was all alone in a foreign country – I knew this guy seemed so disinterested and pissed off) typed the name of the company I was planning on working for the summer (AND he spelt it wrong. Ass-hat).

So the people in Ottawa have to fix it now. All the paper-work has been sent off, but of course I cannot work until the visa is fixed and back in my passport. I cried and cried to the call centre with the information, but the only help they could give me was a form and a suggestion to write URGENT on the front. Good stuff guys. Great work.

No one is able to write me a letter to say “Hey um…we messed up…lol…sorry, she can work” to show my employer, so I am effectively terminated from retail until further notice.

The timing of this is immaculate. I may have to steal this episode from my own life and implant it into a screenplay somewhere. Girl: 23 turning 24 in one week, hates job, wants to change life, is giving a week-a month (yep that’s what the time period is here…AHHHH!) of time where she can’t work. Watch how she changes her life and realizes what she was looking for was in front of her the entire time!

It is genius. Thanks Universe, you deserve a medal.

So here is a list of things I could do in a week-a month where I am unable to fold clothes and put minimum wage in my bank account:

LIST OF THINGS TO DO WHILE YOU’RE WAITING AROUND FOR IDIOTS TO MOVE THEIR ASS:

WOW! Look at all the things I could do!

I can’t help thinking about that AWFUL book that I read 6 pages of and then potentially on purpose lost “The Secret” which told me that the Universe listens to the vibes you are putting out (so the people on the Titanic were…what?) and about how much I have been complaining about retail lately………….

Universe? Are you listening? I’d like a writing job on SNL if possible? And an apartment overlooking Central Park in NYC…and a chocolate fountain in my bedroom and Tina Fey for a best friend…are you getting that? Hope so!

One thought on “Plot twist – Oh but of course”