Pick a fight, any fight

Yesterday I had a conversation with someone who described me as Confrontational and always looking for a fight, someone who is always ready to stress about something.

Now this person actually likes me (apparently), and that hurt my feelings. They didn’t say it to be hurtful, and they were surprised that I had never thought of myself that way (Oh GREAT, now I’m so totally un-self-aware too?)

My family has described me in the past as someone who needs a project or some kind of thing to obsess over (my Mother has used an analogy of one of those Meccano cars…build it up, tamper with it, break it and have to fix it again. An interesting and disturbing analogy when you look at my life and relationships.) 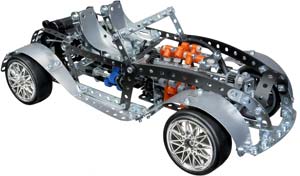 But someone who is Confrontational? When I think of that word to describe someone, I think of a Jersey Shore character getting up in the face of some bouncer because he won’t let her skanky ass into a club. Of some tattooed guy roided up who stalks the streets waiting to get into a rumble.

adjective
tending toward or ready for confrontation: They came to the meeting with a confrontational attitude.

Do I think of myself like that? No. Do I go out to seek confrontation with people? Walk around with a confrontational attitude? No. I’m not the guy in the lift my friend Bryanne and I had to deal with last week (possibly high on some kind of scary drug, took a step into our personal space and eyeballed us because we looked at him weird? and then he shoulder-charged the guy waiting to get into the elevator ready to get physical.) I’m not in waiting to start drama.

Yes, I have a low tolerance for stupid people of which I have met a few in my time. And yes I will verbally pick them apart at the end of a day if they got under my skin (they don’t always, there is a certain amount of stupidity and general difference of upbringing/culture you can write off). That’s how I de-stress. I’m not holding a long list in my mind of people I hate, snarling and cackling and leering at my list with cold-hearted joy. I’m not out there shaking my grizzly witches hand in their face telling them how I feel. I’m letting out frustration so that I don’t punch them in the face when I see them the next time (don’t act like you’ve never wanted to punch someone you know in the face really hard with no explanation). It’s about venting, and then moving forward.

I’m sure there are things I do or say that irritate people, and I’m sure behind closed doors, those things are held up to the light and discussed. And I don’t really care. That is human nature, is it not? To discuss and shape with language and understanding the world around you?

If I thought someone had gotten totally the wrong impression of me, then I might be upset about it, because I actually do love people and try to be a good person. Those that know me know that I am a loyal and staunch friend. Sure I have my special brand of insanity, but we all do. Even the quiet ones (actually I hear those are the ones to watch).

I approach life with the attitude that when I meet someone they are a potential friend and they get 100 points on my scale. That doesn’t change unless they do something that makes me think otherwise. I know that there are a lot of people out there who come at life and friendships from the other direction, everyone starts at zero until they do something to prove otherwise.

Maybe my way seems like a glass half empty kind of approach, with negative points added to my opinion rather than the other way around. But as a result of this level playing field I have adopted when meeting people, I have been described as warm, generous and welcoming. I generally hit it off with people quickly, and even if it’s not love at first sight, there lingers an appreciation for the effort I put in to be nice to everybody. There have only been a couple of instances in my life where there has been an immediate negative reaction from me towards other people, and I can honestly say that in those cases there has been underlying issues on the other persons behalf.

This person has an intense infatuation with the person you are dating and views you as an obstacle to their happiness, that person isn’t interested in making new friends and snubs you immediately, another person has heard all about you and has made up their mind before you have even met.

But as someone who has moved around a lot and found herself to be the new kid more times than not, my attitude has always been to welcome new people into my life. Sure, you won’t be best friends with everyone, but that doesn’t stop you from being present and pleasant in whatever social situation you find yourself in.

So back to being confrontational…

I actually hate confrontation. On the verge of it, my heart pounds really fast and my stomach shrinks. Don’t get me wrong, natures adrenalin pumps through me if it has to, but I could count on one hand the confrontations I have had in the last six months. 3 of them have to do with the recent visa issue and one was recently at a concert when a middle-aged woman told me to:

“Fuck off and go back to Yorkville” at a concert when she threw herself in front of me and stomped on my friends toes. She was clearly high on coke. We were at an Australian band’s concert and she was suggesting (with her insult) that we were petulant rich girls from the swankiest area in Toronto. I told her I was from Australia actually, and had known the band from my university days so she should watch her manners. She flipped me the finger and said “welcome to Canada”. I didn’t stop shaking until we were at the subway station.

I spent a significant amount of hours watching the sixth and seventh season of ‘Keeping up with the Kardashians’ yesterday with my friend Kate, and while both of us felt our brain cells dying, it was interesting to watch the drama and confrontation that unfolded in each episode. I worked on a reality TV series, so I know how much of each issue was manufactured. No normal person can live at a height of intense drama and conflict, not like that, not really.

I also have been thinking about Kim Kardashian since I was told I was confrontational. KK is extremely loud and drama swirls around her life. That is what she is famous for (along with a GIGANTIC ROUND ass and a sex tape she made years ago (I think, who can even remember?)) and people still love her (even if you love to hate). People think she’s beautiful and she is worth millions of dollars.

What am I trying to say?

At least my life aint boring?