My Accent is not as strong as YOUR accent, AKA: Autistic vs Artistic and THAT awkward misunderstanding

I’ve lived in Canada for over two years now, and sometimes I feel like I’m speaking Cantonese when interacting with the North Americans (I can, for the record speak some Cantonese, but it’s mostly Dim Sum and swear words…so you can tell I’m popular at parties).

My Australian accent is nowhere near as strong as it could be because of a combination of the fact that I have really not lived that many years of my life in the Land Down-Under and it has burnt off, because I mainly had British and American teachers in those formative first few years of school, and because of accent Osmosis, where you absorb part of the accents around you.

I frequently get accused of being British.

And yet despite speaking ENGLISH, I am constantly misunderstood, laughed at by friends and have had people stare at me bewildered by simple requests because, turns out, we share many of the same words, and yet some of our lexicon is COMPLETELY different.

Here are some amusing examples I have compiled for you:

The difference in pronunciation is what creates most of the misunderstanding between myself and simple Canadian folk.

My Name
My parents have kind of boring names, and they endeavored to make sure we (my siblings and I) had cool, interesting, easy to remember names. I can’t speak for my brothers, but whenever I tell people that my name is Paris, most people make a face like, huh! cool! And no one has ever forgotten my name. Or if they have, they haven’t lived to tell the tale… so same thing! 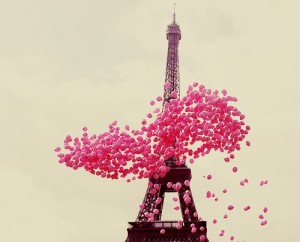 But I do find it amusing when Canadians pronounce my name back to me in my accent. Usually with a question mark. They say “oh your name is Pah-rass?…oh you mean Pearriss, like the city?”
No, like the Hilton. Dumbass.

Autistic vs Artistic
I’ll never forget the conversation I had with my boss at the TV station I volunteer at. I was describing a movie I had seen and told her “The movie was so artistic, I loved it.” She was shocked. Okay like you’ve never seen Finding Nemo. I get it. It wasn’t until she finally whispered “I’ve never heard anyone describe a movie as being autistic before” that I realized I would have to find another word. This has happened multiple times with various levels of shock/hilarity/awkwardness.

Toner
Another escapade from my first few weeks in Toronto. I had found a new hairdresser I liked and asked over the phone if they had Toner for after you get highlights (I am not a natural blonde… Q’uelle Suprise). After the hairdresser made me spell out the word (she thought I was asking for Tuna?) she laughed and said “Oh tonearrrghhh. Sure we have that.” Thank god they didn’t put Tuna in my hair after the highlights. That would have been bad…or maybe good? Fish oils anyone? BRB Tunahair

Google Translate
Hilarity has ensued multiple times (for Canadians) when I have used a word they are unfamiliar with. Funny thing is, I don’t just spout words totally out of context, so you know EXACTLY what I’m talking about, even if the word sounds funny to you. There is an improv game you can play where you have to speak in gibberish and act out a scene and GUESS WHAT?! People can figure out what the hell is going on when actors are making shit up worse than the Daily Mail.

Me: Where’s the bathroom?
You: The what?
Me: The washroom.
You: oh it’s over there!

Don’t. be. a dick. You knew exactly what I was asking. You just wanted me to feel bad. Well guesswhatIdon’t so HA!

Australian: Jumper > Canadian: Sweater.
Australian: Bin > Canadian: Garbage, or Trash (i forget, some of your words get mixed up with American words, and we’ve already established that i’m bi-lingual in Cantonese and English, so it’s a lot to remember).
Australian: Thongs > Canadian: Flip Flops (how many times has THIS been an awkward conversation?)
Australian: Soft Drink > Canadian: Pop or Soda
Australian: Sticky Tape > Canadian: Tape (derp…what does she mean sticky tape?)

Today I tried to buy stir sticks for the office I am working in this week. You know what those are right? The wooden sticks used to stir coffee and tea in the office. Well fine what would you call them?
Because the person I asked looked like I was completely. fucking. insane.
And I am, sure, but not today.
And what I don’t feel like doing at 10am on a Tuesday, is acting out what a stir stick is.

Canada you have a population of around 3million people and according to wiki, in 2011 there were about 250,000 NEW immigrants! That’s about 8% of your population.

Everywhere I go I hear Irish accents, South African accents, Asian accents (all kinds) European accents… There is a huge Aussie and British population over here (duh… we run Whistler!)

So the next time you think about laughing about someones different accent, just remember…

Your accent sounds totally weird to me too.

2 thoughts on “My Accent is not as strong as YOUR accent, AKA: Autistic vs Artistic and THAT awkward misunderstanding”