Is there a place for me in Trump’s America? 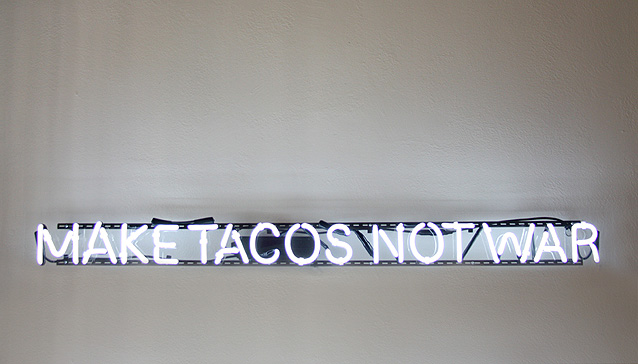 I landed in Los Angeles 18 days ago, on the 12th of January 2017,  1 week before the Presidential inauguration.

I had watched the campaigns for the role of 45th President of the United States from afar, the circus of American politics, so very different from the politics of places I had lived before.

I flew in from Bangkok, Thailand, a place rife with its own moment in history as the transition from one much beloved King to an unknown and younger, untested Monarch began.

My stopover was in Nanjing China, an experience of such bizarre cultural differences that the short version would be to just say it was an incident in what-the-fuckery.

There were at a maximum, 30 foreigners on the flight from Bangkok that day. I know this because they kept us all separate when going through customs so that they could walk us through security together. Clearly, being foreign, we couldn’t be trusted to do it ourselves.

I sat at my gate, across the aisle from the only other caucasian face in the vicinity, “Seth” and he and I got to chatting (after he offered to buy a round of beers… it was 10am local time but 5 o clock somewhere he assured me).

Seth quickly volunteered the following information about himself, with pretty much no probing: he was Jewish, he lived in a very nice part of LA and was just getting back from travelling Asia for a month with his son “David” (an intellectual guy my age who sat a few seats over, reading a hefty book, occasionally looking up to roll his eyes at his father), he had worked as a cameraman and then in politics, and he had voted for Trump.

Now, I get told off by my immediate family for getting involved in too many political conversations by accident. For example: on our visa run, I made what I thought was a very innocent comment about how nice Berlin is, to the German man assisting us on the Cambodian side of the border. This ended in a 20 minute, no breathes drawn, tirade about refugees ruining Germany. There was much glaring from my Boyfriend.

My Father has always said: In America, avoid talking about Politics, Religion and Guns.

But the current political climate surrounding America, the total domination of the news cycle, means that EVERYONE is talking about it. Trump the reality star is probably loving the ratings. Trump the president…well I don’t think anyone knows what he really thinks.

Seth (with 3 beers in him) talked all about his respect for Trump as a business man, and a “straight talking Prick” who would drain the swamp and keep immigrants and refugees out. He was very nice to me and kept calling me “Sweetie” and “Angel Pie”, even when I asked him if his ancestors were refugees, and pointed out that I am an immigrant (apparently I am “one of the good ones”).

We had a 15 hour flight ahead of us, so I mainly just listened with wide eyes, as a wealthy educated man (descended from people who faced persecution across Europe a mere 70 years ago) pontificated on how to make America great again. At one point, David (who had clearly been listening) slammed his book shut and stormed off. Seth confided in me that he and his kids didn’t exaaaaactly see eye to eye on politics. No Duh.

We parted ways on the plane, and because I am a foreigner, I had to wait 3 hours in immigration on arrival and didn’t see Seth or David again. Immigration took so long because they had to grill each and every Chinese person from my plane, and the Mexicans on the plane behind us. I had 3 questions and my finger prints taken before being ushered through. No doubt my passport, accent, skin colour and gender rendered me low on the dangerous intruder list.

So here I am, 2.5 weeks in, looking around me at the place I have always dreamed of living, wondering if I even belong here.

I am:
-A Feminist
-An Atheist
-Pro-Choice
-Concerned about Climate Change
-A member of the film and television community
-An immigrant

It feels like the current politics in the US is diametrically opposed to each and every one of the things that I am. But the thing is, as someone who has lived in a lot of places and seen a lot of the world…

I am:
-Never going to tell you how to live your life
-Not opposed to your religious beliefs so long as they do not harm others
-Still pro-choice, but if your choice is to birth an unwanted baby -well it is your body girl
-Going to continue to fight to protect my planet
-Going to continue being involved in a community that makes art and forces us to question ourselves as a human race
-Going to contribute to the country I live in, in a positive and prosperous way

I don’t want to “fight” – because as a child I learned that two wrongs don’t make a right. But I will continue talking, questioning, listening and engaging.

I hope people like Seth will do the same.