A Moth Story that wasn’t: “Tests” 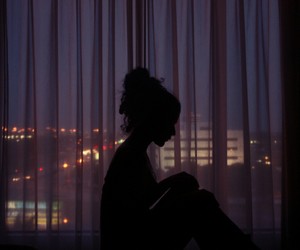 Below is a story I prepared for The Moth in Los Angeles theme: “Tests”. Names are drawn out of a hat, and on this occasion, mine was not. Here is the story I would have told:

Every Immigrant you have ever met in a country not their own has been subjected to a series of tests that you don’t even know about. There are actual tests, blood, medical, language. There are tests of patience as you navigate the legal system, the paperwork, the intentionally confusing language. Every border crossing is a test, do you actually work where you say you do? do you have enough money to support yourself? Are you who you say you are? Do you deserve to be here?

And then there are the mental tests. Navigating an unfamiliar and at once scary new place, finding people you can call friends, a place to fit in, tests of courage when the rules are different for you, or you get screwed over and it all seems like it is falling apart and you have to keep going because god damnit, you fought so hard to be here.

But hardest of all is the emotional test of being away from your family. Some people immigrate with their people, their kids, their parents, their partners, a big extended network. But I didn’t. I moved to Los Angeles just over a year ago, chasing adventure, dreams and sunshine. And I did it by myself.

I’m no stranger to the immigration game, I was raised overseas by parents who also chased adventure, wet markets and the evolving economic landscape of Asia. As a young adult with itchy feet after University, I immigrated to Canada, (USA Lite), chasing snow, lumberjacks and sweet, sweet maple syrup infused everything.

At the end of last year, my 96 year old grandmother fell off her old lady moped thing. She was in hospital for weeks with a fracture in her leg. “Prepare for the worst” my Dad told me. “She’s 96, old people go into the hospital and sometimes they don’t come out.” I couldn’t sleep. I was wracked with guilt as I stared at my pitiful bank account. Should I bite the bullet, should I buy the ticket “home”.

My Nana is an old battle axe and we’ve said goodbye to each other every single time we’ve seen each other for the last ten years. Like most old people, she is morbid as fuck and has showed me where she wants to be buried, and talks about all of her friends who are dead and how she will eventually die. She’s tired. Death is an inevitable for her in the way that it isn’t, or shouldn’t be for someone my age.

I cried myself to sleep for a week when she fell. I called her often, it’s the most excruciating event in the whole wide world because she wont answer the phone unless she KNOWS you’re calling, and she doesn’t understand that there is a bloody LAG from LA to Perth okay nana. Give me a second before you talk over me. Dear god. Grant me the patience. She also is old as shit and tells me the same story every time, about my cousins baby. I get it Nana. Julie popped two humans out of her. You know I just got back from Sundance…oh no yes I heard Michael and his wife named their new baby…yes that is a nice name…and yes I heard Simon got engaged…yes…yes she is a nice girl. Okay Nana – glad you’re still alive…

Well Nana came out of the hospital. She’s fine, I mean as fine as a 96 year old stubborn Australian boot can be, refusing to move into a home or assisted living. She has a nurse that comes once a day now to help her shower. She’s from such a different generation…I can’t…she has one of those medic alert things around her neck…when she fell she didn’t press it because it was after 630pm and everyone was having their tea and she didn’t want to bother them…

But then just after Christmas, my Dad called me. It’s Uncle Ian (his older brother) he’s got cancer. I was like, okay cool, cancer aint no thing these days now right? Chemo that shit. Its in his cheek and he’s going to lose a part of his face and the eye. It’s going to be major surgery, but it will give him 5 years versus 5 weeks.

I sent my Dad an email to share with my Uncle, an email with just one link. Eye of the Tiger. My Dad said I was sick but we laughed. I asked uncle Ian if he wanted a studded or bedazzled eye patch. I told him to get a parrot.

I don’t always know how to deal with emotions and to be honest my Uncle is an even tougher, truer bluer, ridgey dige Aussie than my Nana. He lives on a piece of land by himself in the bush with goats, some are his pets, some are his dinner. They are all the meanest fucks you’ve never met. He thinks emu’s are cute. The man is insane. But he’s my uncle.

The operation was a success.

Or so I thought until this past week. My Dad doesn’t like to tell me things because, well, I always look at my bank account and I start sweating about last minute flights to Australia (which will cost you between $1800-2500USD by the way).

Uncle Ian has weeks to live. The cancer is back. He is comfortable.

My Dad sent me pictures from the hospital. Our Ian, a burly, brick shit-house of a man is now a shriveled old person in navy pajamas, side of his face looking sunken, glass eye fooling zero people. Didn’t take my parrot, or eye patch suggestion I guess. My Nana looks young next to him, holding his hand.

And the greatest test for me right now, is not flying back there right now to watch my Uncle die in his comfortableness. My Dad and I didn’t even talk about it. I don’t know Ian well enough, and it is such a sudden but gradual slide into oblivion. I’ve got some timely opportunities right now that I can’t, and shouldn’t walk away from.

They wouldn’t want me to.

I wrote Ian an email which my Dad read to him and my Nana. I didn’t make any jokes, well, maybe one or two at my own expense. But I just told him, I wish you could have known me as an adult and not just your fly-in-fly out niece. I wish we could have had more lingering conversations over strong cups of sugary tea and the baileys we secretly slipped in.

I thanked him for being a part of the roots of my family tree. Apparently every body cried. I can be quite good with words supposedly.

The tests you know about for immigrants, for anyone that has moved from their “home”… they are surface level. We know about the financial and the language, the medical and the new driving tests…what you don’t see are the ones burned into your guts, your heart, your breath.

The next time you see an immigrant I want you to think about the test of strength and emotional fortitude, what it takes to stay here, to know when its time to go home and when it’s time to say goodbye from afar.

I know any day now there will be an email from my Dad saying he’s gone, or Nana is, or my Dad is sick…and the test then will be what to do at that moment in time.

All you can do with the tests of life, is what you do for any test in school, at work… you prepare, you go through it, and you walk out the other side, as best you can.